Patrick Hale SM ‘84, former executive director of MIT System Design and Management, passed away on February 4 at the age of 72 after a long battle with Alzheimer’s disease. Hale oversaw the progression of SDM from a small experiment to a renowned program in engineering and management.

Pat, as he preferred to be called, served in the US Navy for 22 years. It was in this role that he first came to MIT, earning an SM in ocean engineering. After leaving the Navy, he pursued a career in the nascent field of systems engineering. At Otis Elevator Company, Pat served as Director of Systems Engineering, incorporating best practices from the area into the product development process. Pat served as an industry stakeholder in this role in the earliest days of System Design and Management. He left Otis in 2002 but continued to work with SDM, fostering the creation of the Graduate Certificate in Systems and Product Development. In 2004, he was named director of the SDM Fellows Program. Pat served as director of SDM until his retirement in 2016.

Over the twelve years that Pat led SDM, the program underwent several significant transitions. At the time of its founding, SDM was attended solely by company-sponsored students selected by their employers for further training that would allow them to become technical leaders within their organizations. In 2005, the program began accepting self-sponsored students who attended without affiliation from a particular company or organization. Pat also guided the evolution of SDM’s approach to distance education. The program began by mailing physical videotapes to students then navigated the early stages of video conferencing. Today’s lectures and recitations are conducted live and using Zoom web conferencing software in a hybrid format. In 2014 the program introduced the integrated core, a three-term sequence taken over the first year of study. The core course combines the three pillars of systems engineering, system architecture, and project management in a spiral that allows students to learn how all three disciplines work together to solve complex problems.

Through this long period of change, Pat was always guided by what would be most beneficial to the students. He enjoyed teaching and often looked for opportunities to participate as an instructor, teaching courses in systems engineering and product design and development. Beyond the broad oversight of the program, Pat was committed to ensuring his students had the best possible experience at MIT. He always had an open door for any student who might need personal, academic, or professional advice. Alumni of the program remember him as a gentle giant who was deeply invested in his students’ successes.

“Pat was a compassionate director and a mentor to the students in the program,” said Warren Seering, Weber-Shaughness Professor of Mechanical Engineering and a faculty co-director of SDM. “He was instrumental in guiding SDM from a relatively new degree program to its current status as a strong and competitive one, but he made a point of always being in touch with the students.”

In addition to his work with SDM, Pat served in various roles for the International Council on Systems Engineering (INCOSE), including a term as president from 2008 to 2010. In a 2006 interview, Pat explained his view on the importance of systems thinking. “Just as systems engineering is cross-disciplinary, our language and models must converge to bridge domains to facilitate learning and an understanding of what it means to be a systems engineer,” he said. “There are many potentially valuable examples of best practice that we fail to share or understand across industries because of this gap in semantics and it hampers both our companies’ success and our ability to teach and develop tomorrow’s systems and product developers. The SDM program is helping to address this vital need.” 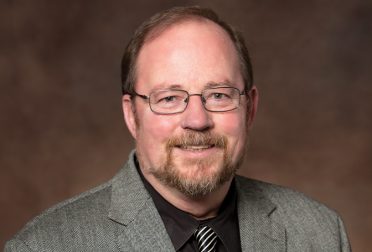