Anisha Vyas is already used to managing complex systems in her work as a project manager & engineer at Universal Creative. She’s served as a ride show engineer and a team lead for headlining attractions at the Universal Parks and Resorts theme parks, and holds seven patents resulting from her time there. When we spoke last fall, she was looking forward to joining SDM as a distance student and learning how to apply a systems approach to her work as she moves into project management. “I’m excited to hear from and learn from people, as I’m learning in my new role,” she explains. “I’m looking forward to moments where I learn a concept in class and the next day I can apply it, provide feedback, and really understand the concept.”

Can you tell me about your work?

I work for Universal Creative, the arm of Universal Parks and Resorts that develops new attractions and new guest experiences. We design, ideate and then work as part of the execution team in constructing and making them a reality. I’ve had a bunch of different roles and worked on a lot of projects, including Harry Potter: Diagon Alley, Skull Island: Reign of Kong, Super Nintendo World, Hagrid’s Magical Creatures Motorbike Adventure, and now I’m currently on an unannounced project. I’ve worked on a lot of show systems in our ride/show engineering department – rock work, scenic steel structures, animated figures, robotics, and a lot of special effects. Right now I’m transitioning to a totally different role in our project management group. I’ll be overseeing facilities, creative development, and ride/show engineering for one of our new attractions. It’s more than just ride and show, it’s more holistic, but it’s going to be a challenge. There’s so much innovation that happens on the technology side, but we still have strict deadlines to meet from a budget and scheduling perspective. It’s about figuring out the balance between innovation and constructability and finding the middle ground where you can push both to the next level.

How did you hear about SDM?

I didn’t know if I wanted to do a master’s in engineering and get really technical or if I wanted to go the MBA route. I have a propensity for leadership and that’s where I want to grow as an individual. I was looking at schools that had a strong blend between the two, that were known for their excellence in both, but where I could also continue my job. I have my dream job, I absolutely love what I do and I don’t ever want to have to pause or pull back. I was looking for something that could complement and not detract from the great learning environment at Universal, but could also give me additional perspective from outside my industry. Theme park engineering is a niche group where everyone knows each other. The ideas, while fresh, are all coming from a like-minded group of people. I want to know what other industries are doing and how they are innovating. The ideal program for what I wanted was MIT SDM. I couldn’t find another program that was distance-based and had a strong caliber in both engineering and management. Most other schools would require me to take significant time off work or weren’t career compatible.

How do you think a systems approach will help you in your work?

There’s so much interdisciplinary technology. Audio systems, projection systems, animated figure systems, ride systems, all have to work together to deliver a cohesive story. It’s essentially 20 systems integrating into 20 systems, integrating into another system – like systems cubed. The hard part, and what I’m interested to learn more about, is asking what are the different ways you can think about a system and how those integrate together? And are there better ways to do that that are more efficient, for budget or schedule or for innovation? I’m not necessarily looking to become a specialist in one field, but more of an integrator, the person that can tie together all of the specialists so that we can create a cohesive system. A lot of our new technologies aren’t just one technology. It’s not just a mechanical engineer coming up with the next best thing, it’s five different types of engineers and an artist and a colorist sitting down and figuring out how we do it. So for me the systems approach was really important, and that’s why I want to do systems engineering and also tie that into management. I liked the idea that those were already correlated inherently in the program because that’s how I think.

What kind of engineering classes are you interested in?

There’s a bunch of depth courses on safety systems which are interesting, because our ride vehicles are essentially giant safety systems! We have to comply with a large slew of internal and external standards.  I’m interested in hearing how that could be thought of differently because that has some direct ramifications on what we do. It’s a tough engineering problem, and one that we take extremely seriously. So, I’m excited to take that class, specifically, because the curriculum looks applicable to the things that I work on.

What’s something that excites you about your meeting your new classmates?

There’s a lot of industries that are similar to ours, and so I’m excited to hear what other problems everyone else faces and what drew them to SDM. There are a lot of parallels between what we do and the construction industry, so I’m interested to hear what students from that industry have to say and what are the problems they’re trying to solve, or where they think the future of their industries lie. At its core, we leverage so many technologies in my work, though people may not realize it, just because we dress it up to look like a cool figure or it looks really pretty. But we’ve got innards that are insanely technical. So I’m excited to just see where others’ industries are coming from and the potential challenges they see and what problems they want to help solve. 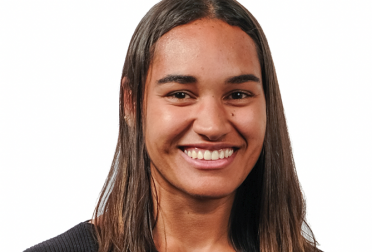 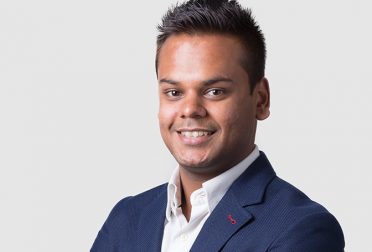 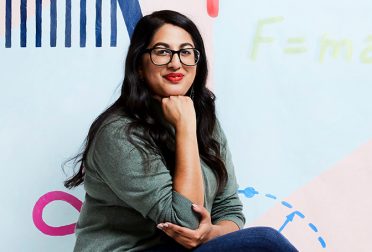